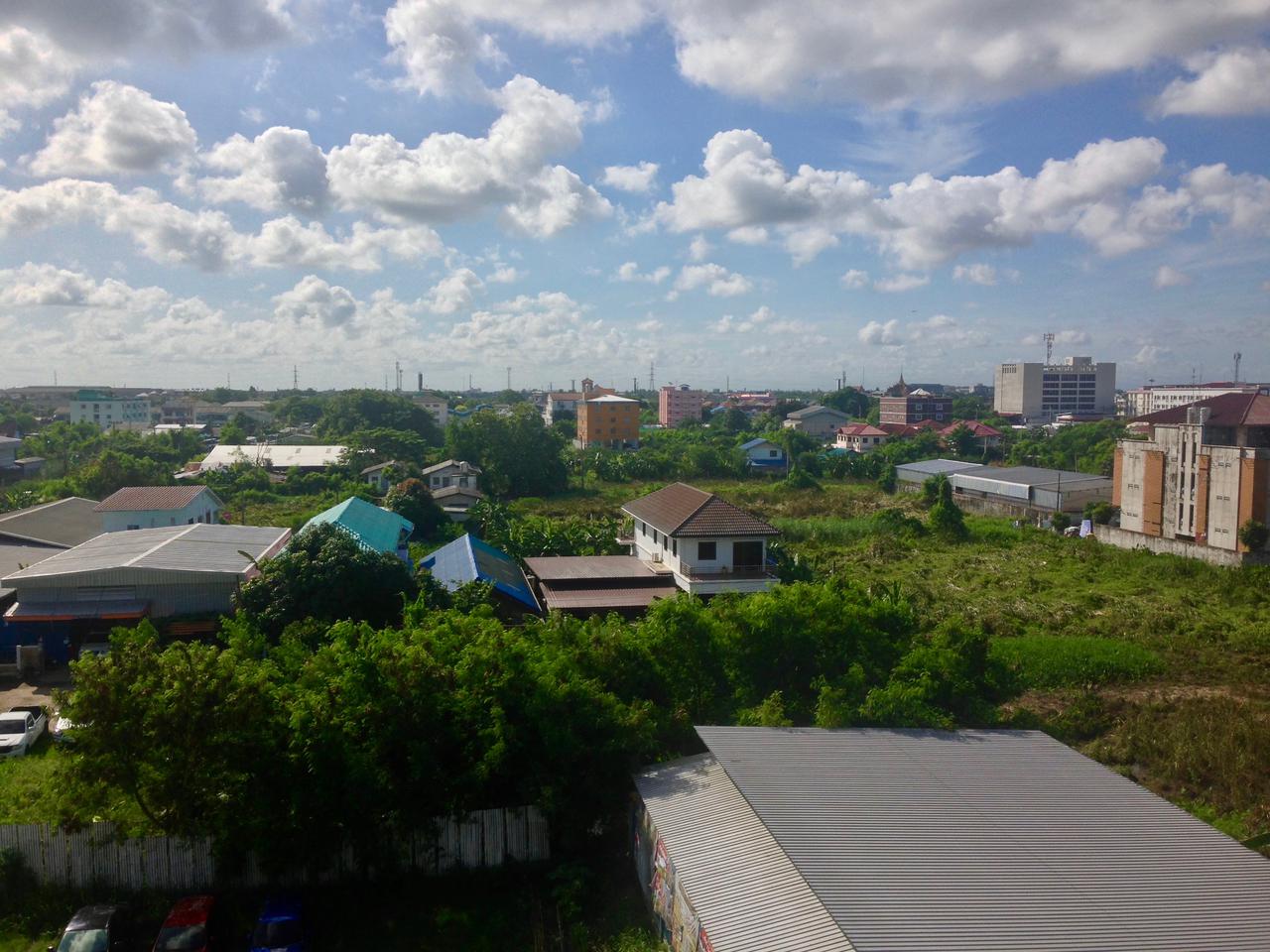 A few days in Bangkok without tourists.

When I decided to start this blog it was clear that I also have to write about couchsurfing. After registering in 2014 and starting to host in April 2015 I became addicted to the concept of letting total strangers from the internet sleep on your couch. Now it’s 2017 and I hosted more than 200 people and surfed about 30 times in Europe, Asia, and South America. It changed not only the way I travel but influenced my life a lot in many different ways. Perhaps I will write another post about this.

My Couchsurfing host in Bangkok was Lift and you can find his profile online. Just like most hosts, he was very friendly and helpful. It was no problem for him that I arrived one day later, because of BA canceling my flights. One of the potential issues with Couchsurfing is that not every immigration officer understands or wants to understand that you don’t have a hotel address. It’s not very common that a farang arriving at the business class express immigration lane would sleep at a local friend’s place outside of the city center. I thought Thailand would be less strict with that so I only prepared the address of my host. For other countries, a solution is to book some nights in a hotel that you can still cancel. Well in my case I got pulled aside at the immigration, but the officers were very friendly. It turned out the address I used was not complete, but only specified an area. I can’t read the Thai language. Luckily I could call Lift and the immigration officer talked with him and after 5 more minutes, it was done.

The next challenge was getting to his place, which involved taking the airport train and a bus. The trains were still covered by Google Maps, but not the bus. For me, it’s always fun to figure out the public transport in a new city. In many cities, you have a lot of signs in English, complete Google Maps support, but not everywhere on this planet it’s so easy. I finally found the bus station and just like in Vietnam you have like 10 seconds to jump on it or they continue driving. The bus was hot and totally crowded. At the airport, I already exchanged some notes to coins, because I knew it would be hard to get the change in the bus. I didn’t really know how much it would cost so I just gave some coins. Actually, it’s really cheap. It costs less than 10 THB / 0,25 €. The buses are pretty simple with a wooden floor and some seats. They can go fast and it can be a bit of a roller coaster ride. I was the only tourist inside and people seemed confused why I was not heading to the center. Seeing my backpack the people made some space for it. Unfortunately, there was a problem with the bus and everyone had to get out before the final stop. Again Lift helped me find a new bus and with that one, I arrived finally.

Discovering the neighborhood and food

He showed me his apartment with the nice view you can see at the beginning. Then we went for dinner. Lift really likes spicy food, which he warns people about in his Couchsurfing profile. I thought Thailand was less spicy than South Korea and Malaysia, but Lift managed to show me many different Thai dishes that were quite spicy. Finishing some of them was definitely a challenge, but generally, I like spicy food. Just my stomach doesn’t. He showed me the neighborhood including a night market and street food festival. It’s always amazing to see that you can buy literally anything at these markets not only food. Being surrounded with Thai people and not tourists made the experience also more off the beaten path. The prices were much cheaper here. He brought me to a place with a very affordable Thai massage. For only 150 THB / 3,50 € it includes back, neck, hands, arms, legs, and feet. And we tried the delicious rambutan fruit. One kilogram was only 25 THB. I bought more of those and litchis as well later in Chiang Mai.

WeCdiscussed Couchsurfing, good and bad experiences, traveling and languages. Lift actually speaks rather good English and even some German. So I shared Duolingo with him and I hope we both keep on learning there. I am currently learning Spanish and French. Also, his Couchsurfing app wasn’t working as there was a bug with the Buddhist calendar system. As a Couchsurfing beta tester, I informed the team and fixed it temporarily by switching to the Gregorian calendar.

I will meet him again when I fly back to Bangkok.

Published by Kai Oelfke 26 Jun, 2017 in Couchsurfing and Travel and tagged Bangkok and Hosts using 803 words.